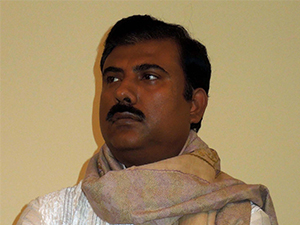 Also known as AMIT KUMAR BHAR (Vice President of UNIVART & IAA/AIAP - INDIA, offical partner of UNESCO) Amit was born in Hooghly Chinsurah (West Bengal) in 1973. Even as a child his first love was art. It was the primary objective of his life. His notebooks at school were invariably filled with sketches and paintings. The scintillating, pristine, rustic beauty of rural Bengal inspired him to take the brush at a very tender age. The clear blue skies, fallen autumn leaves, grazing cattle and the daily life of the village, nestled on the banks of the river Hoogly inspired him. Amit was blessed with the guidance of Shri Paresh Das, a noted artist and gold medallist. Subsequently he gained further insights into art under the famous Subal Jana and Niloy Ghosh, who together enriched his style. He was also inspired by Bikash Bhattacharya and Suhas Roy during his initial period. Amit speaks of his style as “…a new semi realistic technique of texturing with the realistic play of light and shade”. His latest series on Buddha was inspired from the images of Ajanta paintings and Gandhara sculptures. Amit carefully blends the two forms of ancient Indian art and individualizes his innovative style. The Rajasthan series appearing like the photographic collages captures the glimpses of the puppets and the musicians. It gradually unfolds in the minds the images of the colourful folklore of Rajasthan against the sandy milieu. Amit can capture every subject on his canvas. In a nut shell, his paintings lets the viewer to re-examine the threshold between illusion and reality, between waking and dreaming. 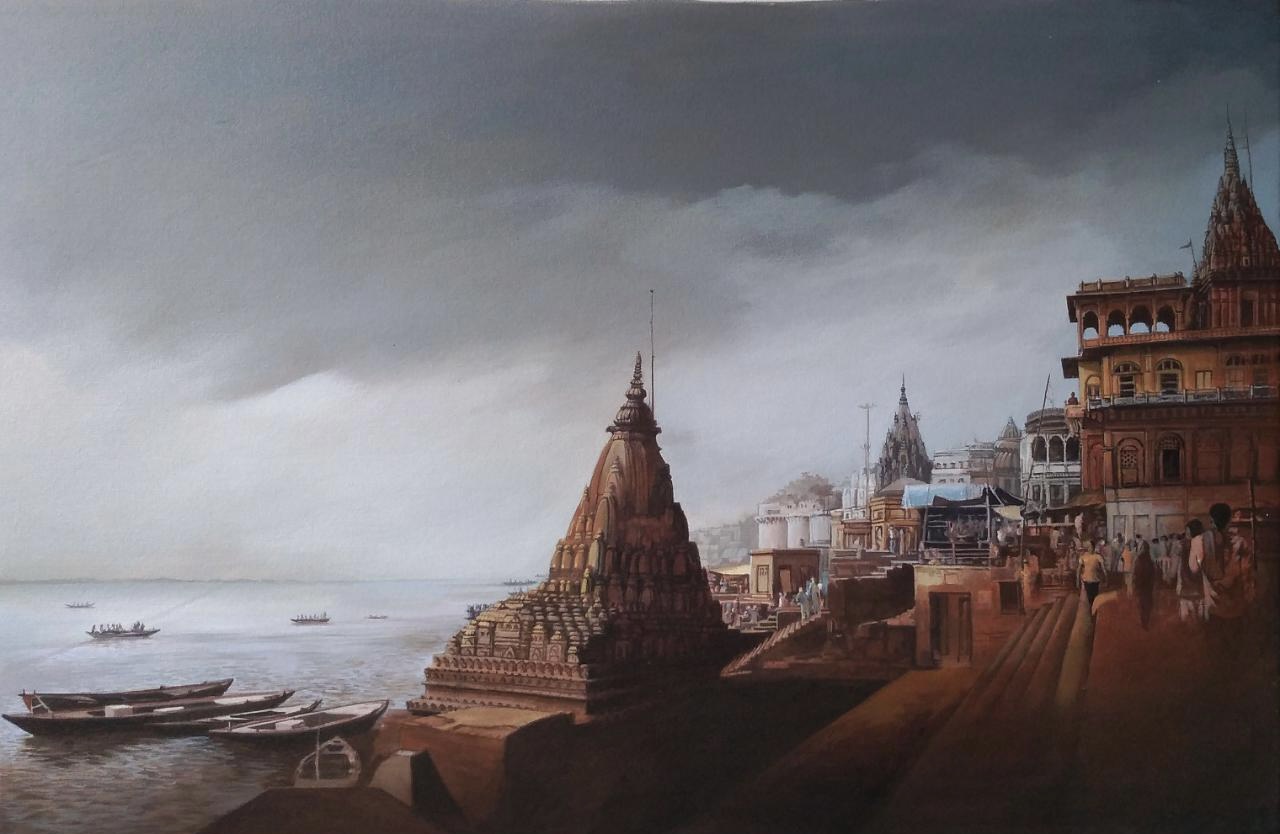 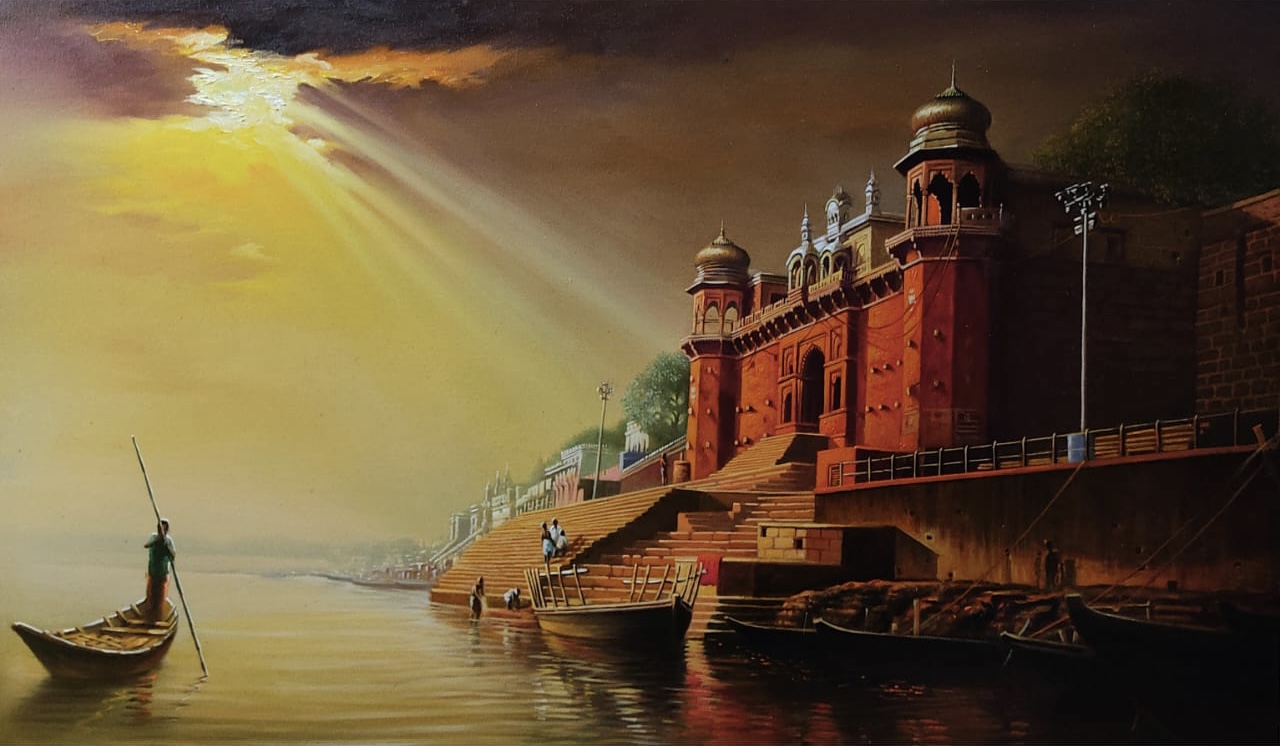 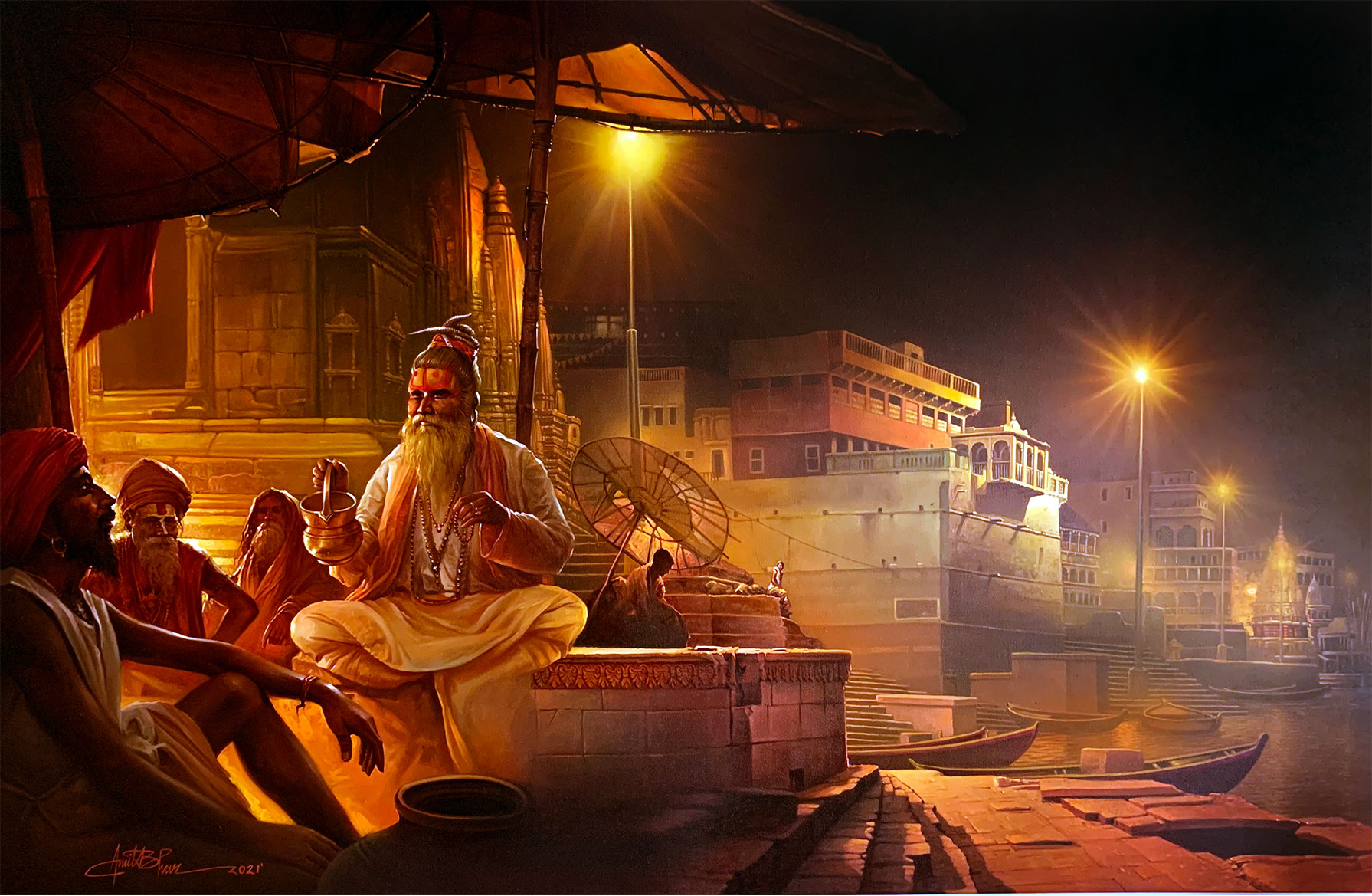 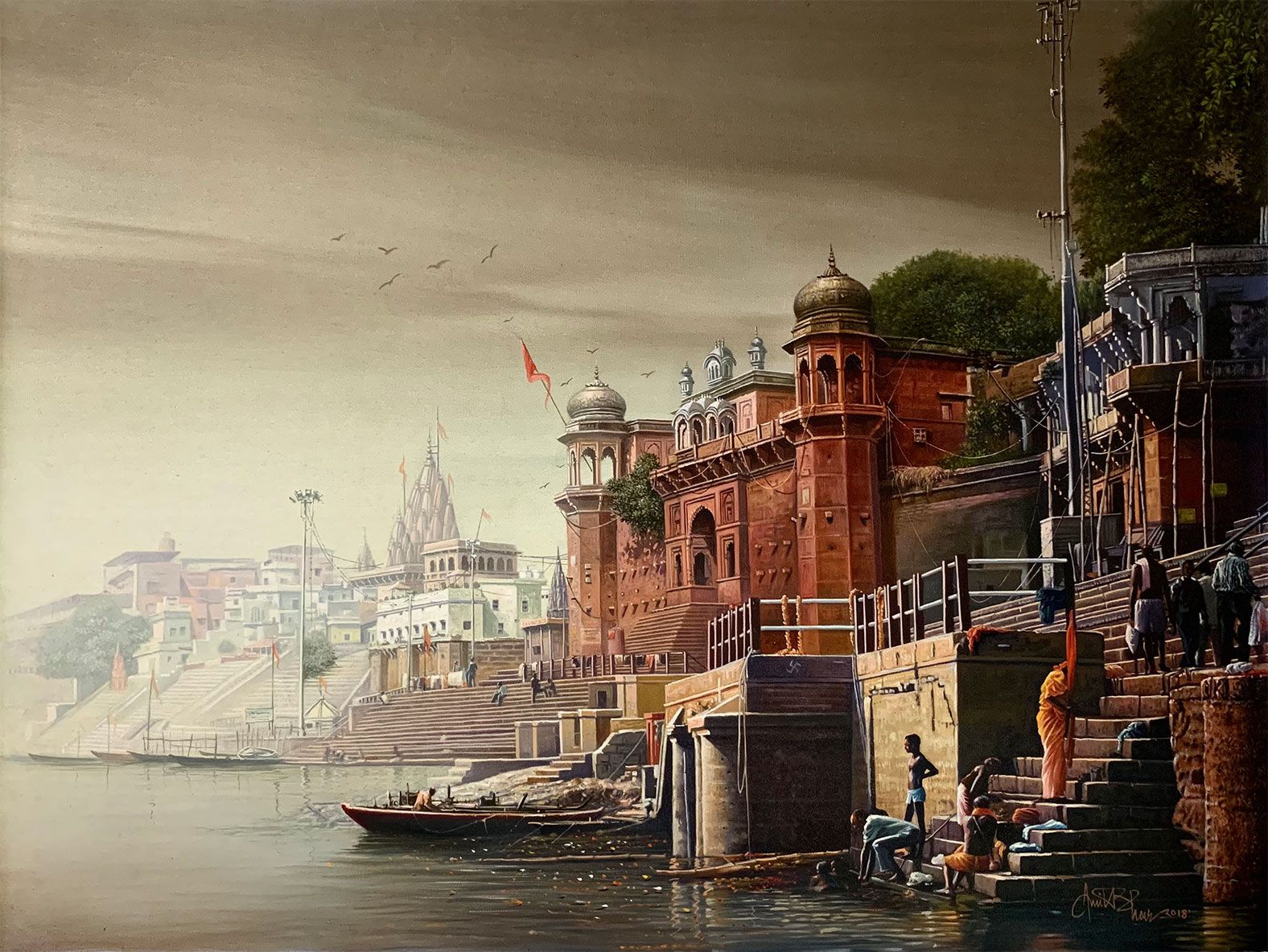 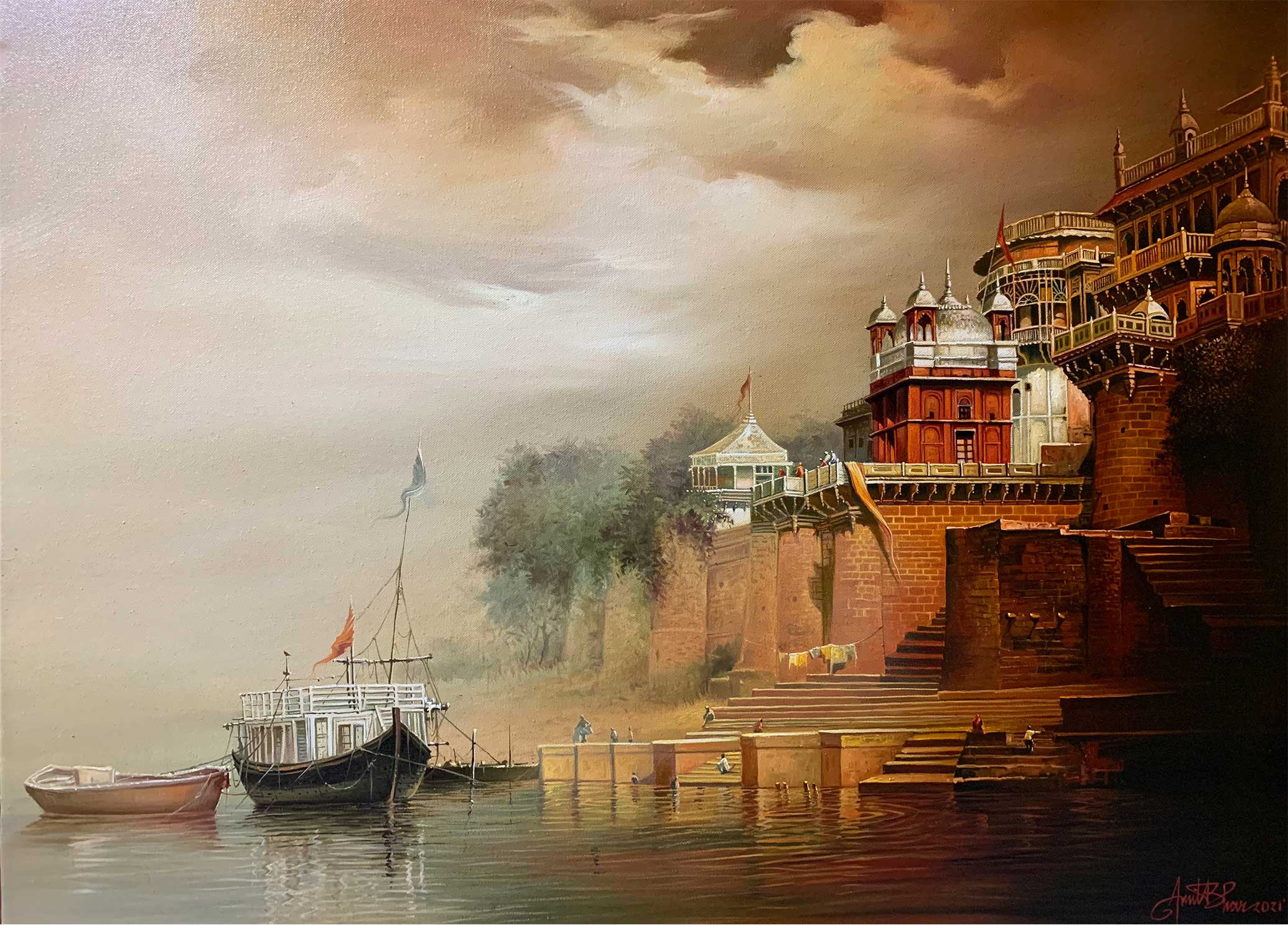 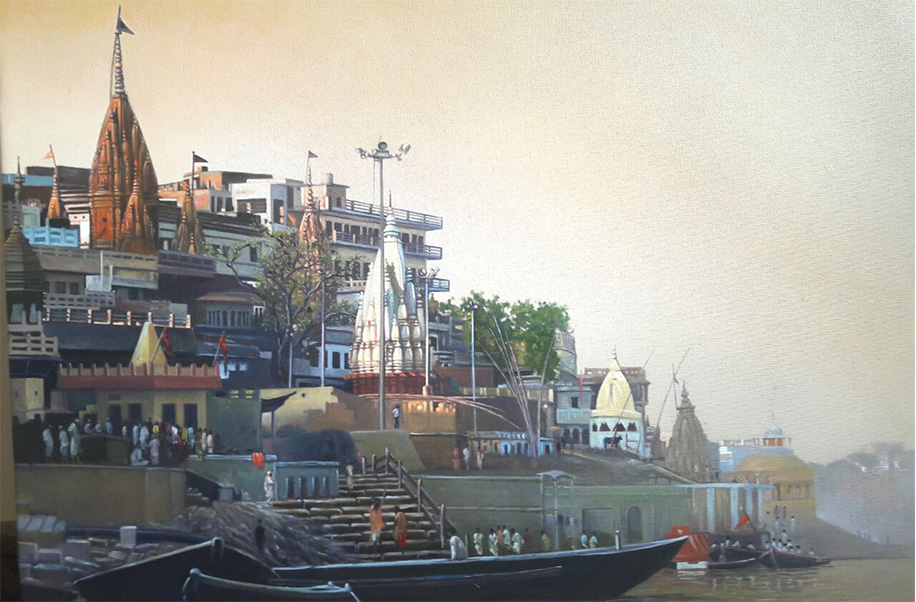 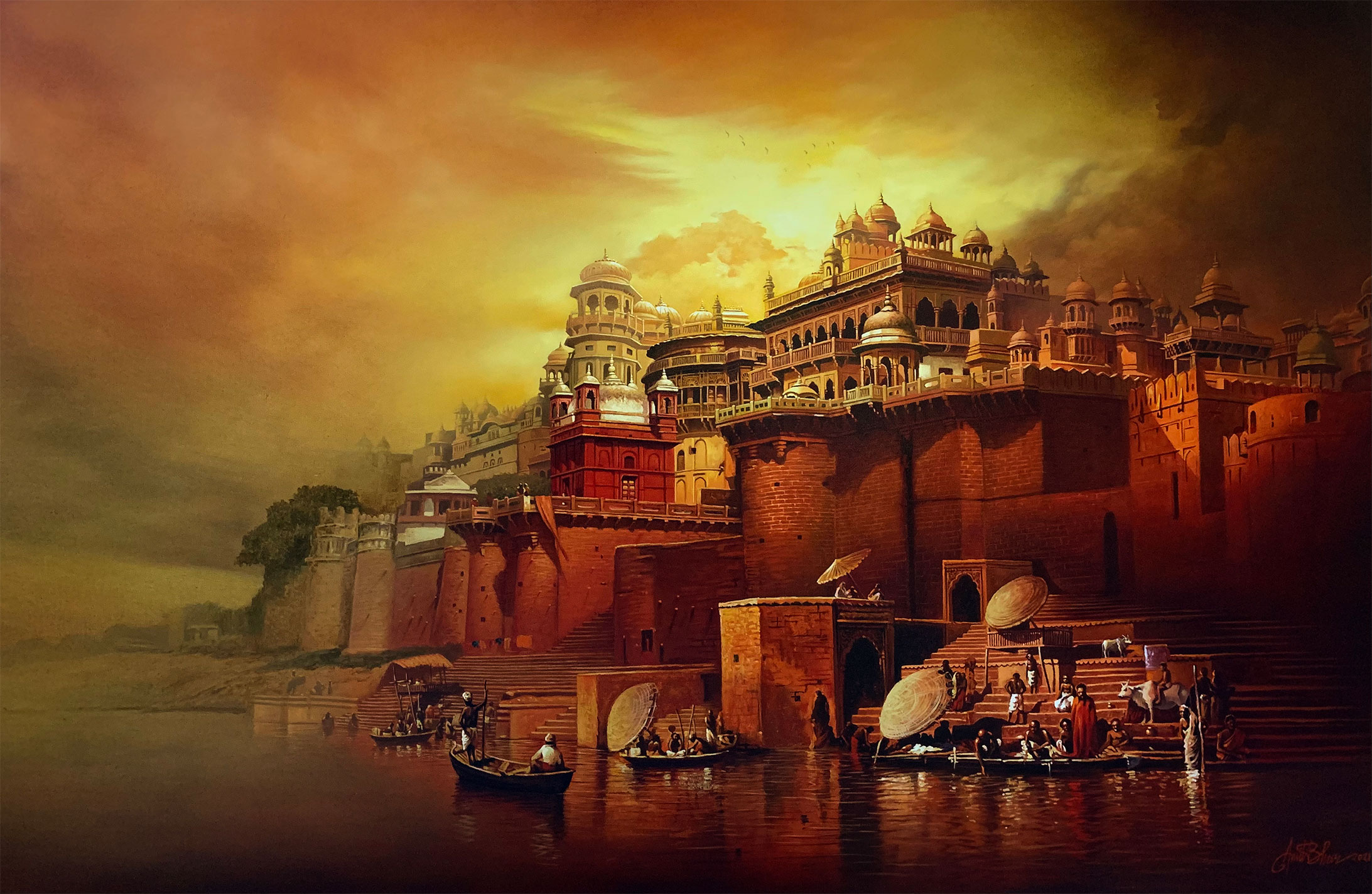 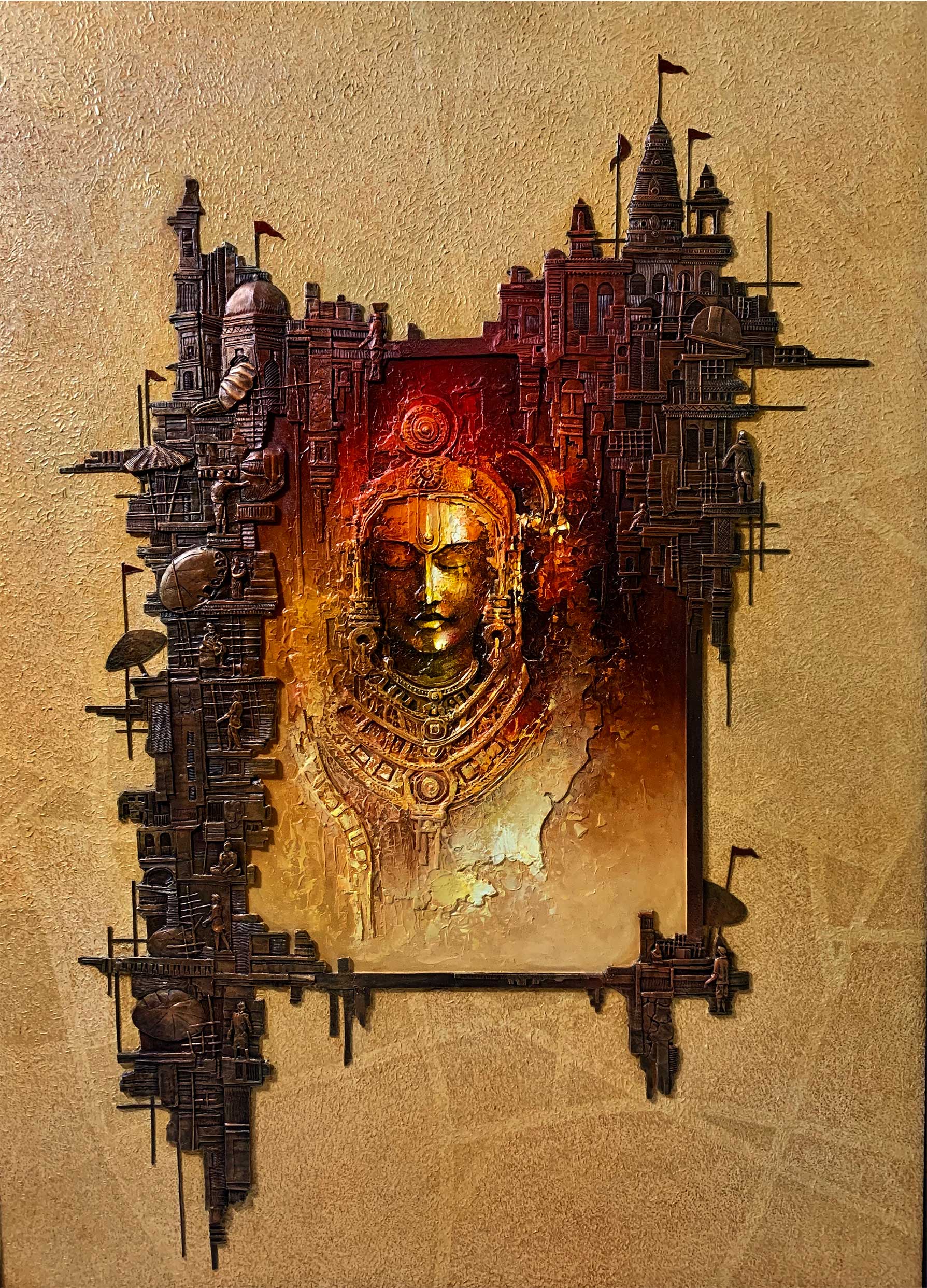 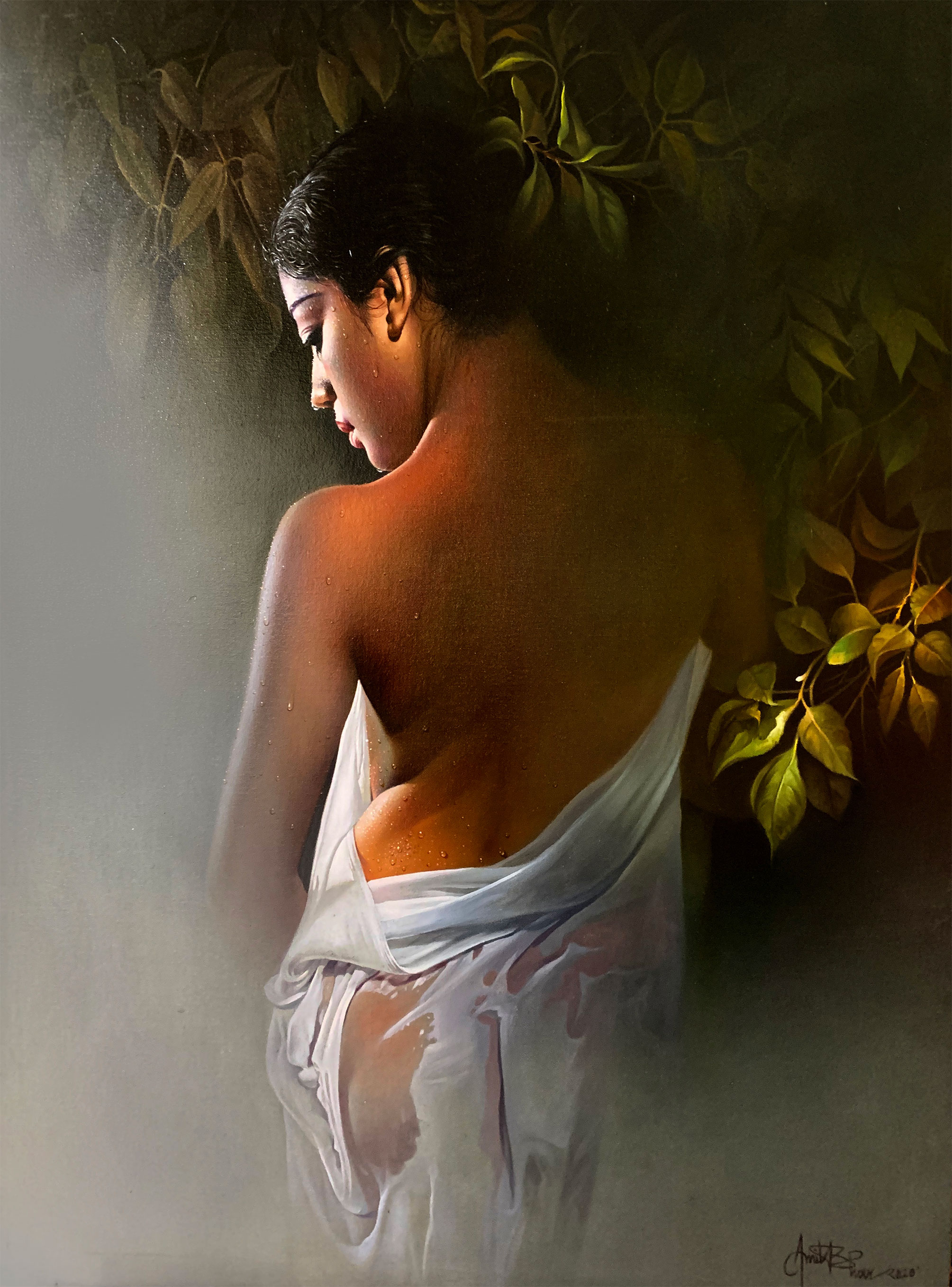